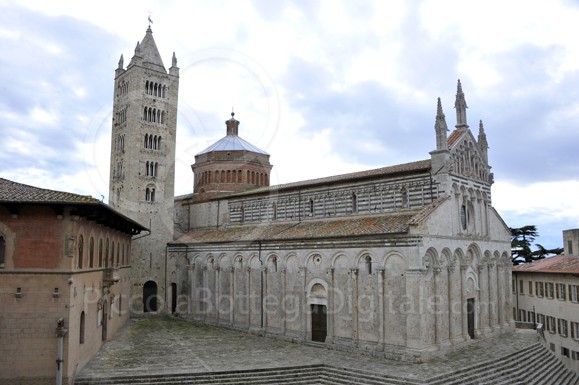 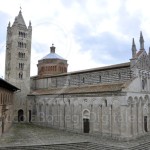 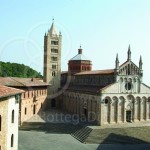 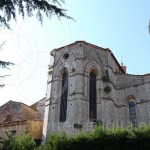 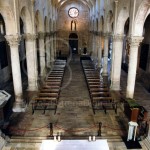 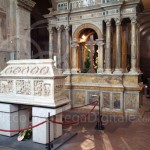 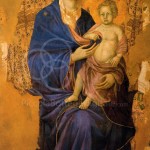 [2] It is the best known and most representative monument of Massa Marittima, one of the greatest examples of religious architecture in the Romanesque style in Italy. Expertly engineered in oblique and higher position with respect to the square so that it seems more stately, its construction was begun in 1228 above a first Romanesque group of the 12th century and it was enlarged by Giovanni Pisano in 1287 with the apse, built in the Gothic style, modern for that time. In order to harmonize the entire structure, many Gothic elements were also included in the Romanesque facade, such as the tympanum, also work of Pisano, and pinnacles. In the early 14th century the side chapels were added. The interior is divided into three naves and contains notable works of art, including La Maestà (Duccio – ca 1316), the Ark of Saint Cerbone (Goro di Gregorio – 1324) and the Baptismal Font (from Como Giroldo – 1267). The bell tower, about 38 meters high, is divided into several floors with double, triple, quadruple and quintuple windows on all four sides. In the last floor there are three ancient bells, two of the beginning of 1300, one of the second half of 1500.