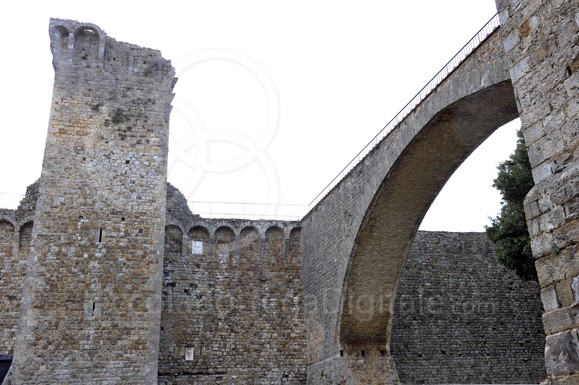 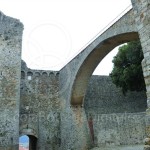 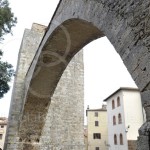 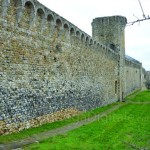 [11] In 1335, Massa, due to the reducing production of silver, signed a contract based on a level playing field with Siena allowing sienese soldiers to enter the City. That was the occasion for Siena to command Massa shortly after, disregarding the signed contract. To control the proud Massa, Sienese built a fort (Cassero) which consists of a double wall that divided the city into two parts, making impossible, in case of rebellion, the communication between them. The Castle of Monteregio and the Torre del Candeliere were incorporated in this system of fortifications. Part of the city walls was demolished to exclude from the secure perimeter the area of Massa that was more hostile to Siena. The Torre del Candeliere was joined to the fort by a bold and high arch, that measures 21.70 meters long, called by the people of Massa Arco Senese. The Sienese Fort is work of Angiolo di Ventura, the same architect that together with Agostino di Giovanni designed the Torre del Mangia in Siena.