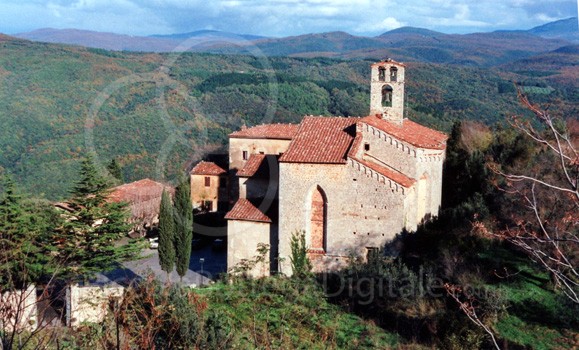 Church and convent of San Francesco

[18] According to legend, Saint Francis lived for a few days in Massa in 1220. On that occasion he was invited by the elders to open a convent in the City, the first of the Maremma, with the knowledge that the presence of the Franciscans, adverse to the feudal rights of the Bishops, would have facilitated and enhanced the demand of future citizens to gain freedom by Count Bishop. It is certain that the Franciscan convent was opened in 1221 and was directed initially by a brother, left in Massa specifically from Saint Francis. The complex was built in the place where St. Francis and his brothers originally resided. Only a small part of the original church now remains, because it was demolished in several stages due to subsidence of the ground occurring since the beginning of the 14th century. The bell tower is typical for Franciscan churches of the time. Inside the church, in the chapel on the right, there is the funeral inscription of Bindoccio, son of Margherita Aldobrandeschi and Nello Pannocchieschi, husband of Pia de’ Tolomei, mentioned by Dante in Canto V of Purgatory among those who died a violent death: then remember me. I once was Pia. Siena gave me life; Maremma took it from me. Now it is the Episcopal Seminary.