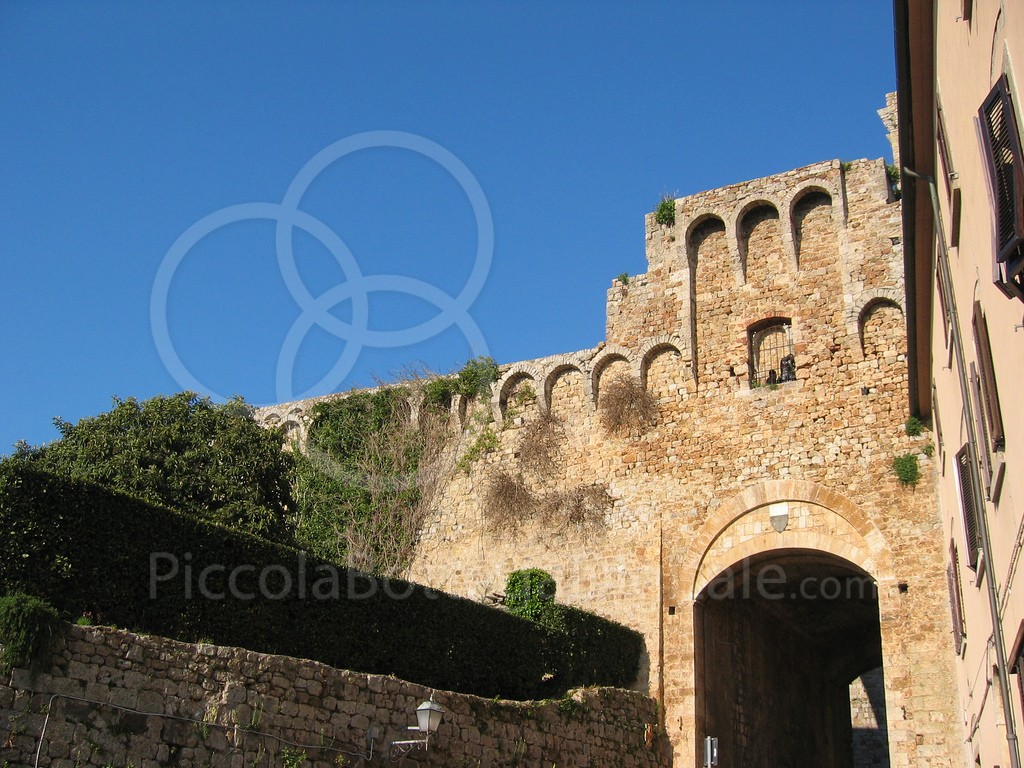 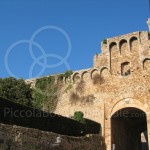 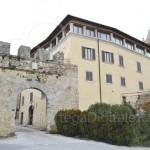 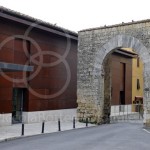 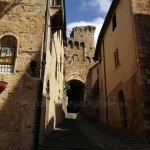 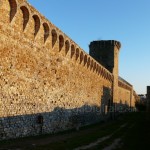 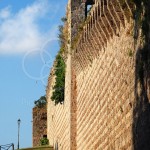 [17] The city walls were built by the people of Massa in the 13th century and were originally much larger. In the 14th century Siena, following its entry into Massa, demolished part of the walls and excluded from secure perimeter the churches of San Francisco and San Rocco. With the help of the resulting materials, Siena built new walls with the intention to split the City, diametrically into two parts, to control it better. Many of the ancient city gates are still present: Porta all’Arialla (then Salnitro and later al Mare), Porta San Bernardino, Porta alla Spina (today closed), Porta delle Formiche (then dell’Abbondanza and later del Teatro) and Porta di Valle Aspra (later Eleonora) in the walls built by people of Massa; Porta San Rocco, Porta San Francesco and Porta alle Silici in the walls built by Siena.