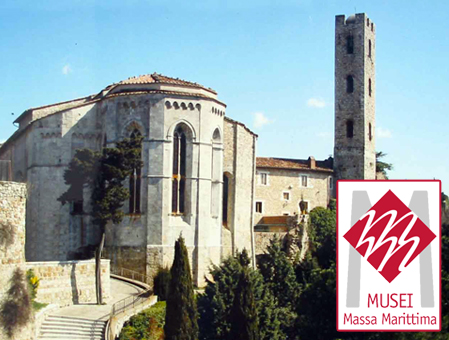 San Pietro all’Orto, Sant’Agostino and the Museum of Religious Art 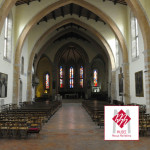 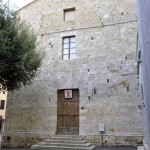 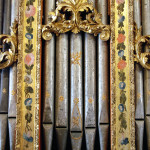 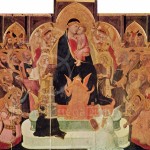 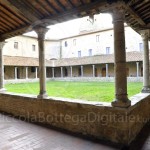 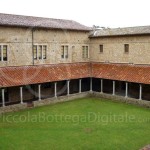 [14] The Church of San Pietro was built in 1197 by the Bishop in his Castle of Monteregio. It took the name of San Pietro all’Orto because it was near a vegetable garden (orto). It was a Cathedral until the middle of the 13th century and later it was assigned to the Augustinian fathers who built their convent adjacent to the church. From the late 18th century it has been rearranged several times and renovations led the complex to be devided into two floors with multiple rooms, as we can still see. Now in the former church there are the headquarters of Terziere di Cittanuova, a post office and the Museum of Organs “Santa Cecilia”. In the former convent there are the Sacred Art Museum, the Exhibition Centre of Contemporary Art and the rooms of parish. Because of the need for a larger church, the construction of the Church of Sant’Agostino began in 1299 and was completed in 1312, while the apse and chapels date back to 1348. The church has a nave, interrupted by six large arches. The left side chapel dedicated to Saint Lucia, was enlarged in 1463 by the silversmiths of Massa, of whom she was the protector. Inside the church there are fine painting and the last travelling clothes and headgear of Saint Bernardino of Siena. The cloister adjoining the church took its present form in 1410. The bell tower, which was previously on the left of the church, was rebuilt in 1627 above a tower of the city walls. Since 1310 we hear the sound of the same old bells.

The Museum of Religious Art is housed inside the old monastery of San Pietro all’Orto, in Cittannuova and collects several important masterpieces of art made in Massa Marittima for its own churches, during the period of greatest importance of the town. The visiting tour covers five rooms where you can see, among many other works which have been moved here, the panel painting “Madonna in glory” by Ambrogio Lorenzetti, the original sculptures from the Cathedral façade and the mysterious black bas-reliefs. Inside the Museum is also hosted the “Collection of Contemporary arts” donated to the Municipality by Angiolino Martini.