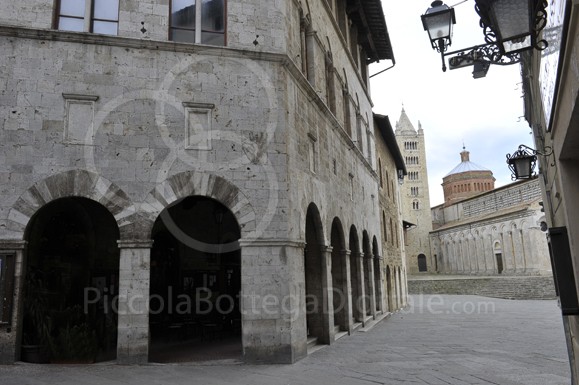 Lodges of the City and Pannocchieschi’s Palace 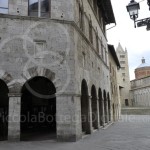 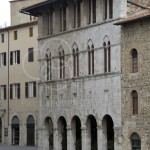 [6] They are located in front of the Palazzo Comunale. Under these lodge, representatives of the City Government attended to solemn public ceremonies. Here the representatives of the Massa’s castles, on the eve of San Cerbone, as a public act of submission, carried money hanging to a candle to pay taxes. The candle was collected by the Opera San Cerbone, the money by the municipality. In the inner wall of the porch there is an ancient fresco depicting the Madonna with two Saints. Above the Lodges of the City you can see the building now known as Palazzo Malfatti, but formerly belonged to the family Pannocchieschi, owner at the time of another building, located in Via della Libertà. Two were, infact, in the 13th century the branches of the Pannocchieschi family which lived in Massa: those of Castello di Pietra, which seems to have possessed the palace in Via della Libertà, and those of the Castle of Perolla, owners of the building above the Lodges.