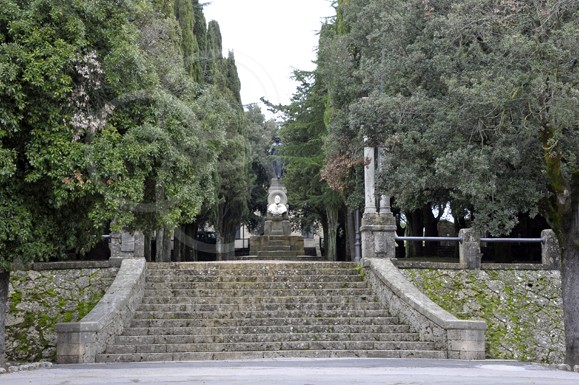 [15] It was inaugurated in 1924 to commemorate the war dead of Massa during World War I. Each tree had a plaque with the name and the regiment of the dead man. The monument to Giuseppe Garibaldi, which was erected in 1904 and originally located in Piazza del Duomo with its backs to the Cathedral, was trasferred here in 1938. The monument is a valuable work of the anticlerical sculptor Ettore Ferrari of Rome, author of monuments and busts visible in many Italian cities, linked to its ideals of freedom and important witness of the history of the Italian Risorgimento. Among his best known works are the roman monuments of Giuseppe Mazzini on the Aventine and Giordano Bruno in Campo de’ Fiori.